Just How Big is Disney World? A Look At the 4 Parks

Disney World in Orlando, Florida is one of the most popular tourist destinations in the world.

With four different parks, there is something for everyone to enjoy.

But how big is Disney World, exactly? And how do the individual parks compare in size?

In this article, we will take a look at the size of Walt Disney World and some of the largest amusements in each park.

How Many Acres is Disney World?

The plot, owned by The Walt Disney Company, covers nearly 40 square miles and is roughly the same size as San Francisco.

The sheer size of Disney World makes it significantly larger than other amusement parks like Cedar Point or Six Flags America.

How Big is the Main Park, Magic Kingdom?

Magic Kingdom is one of the most popular of the four parks at Disney World and is home to many of the park’s most iconic attractions.

When it comes to how big Walt Disney World’s Magic Kingdom is, it covers an area of around 107 acres. If you were to take a walk around the entire perimeter of the park, it would be around 1.5 miles long.

It is made up of six themed lands: Main Street USA, Liberty Square, Frontierland, Adventureland, Fantasyland, and Tomorrowland.

Cinderella Castle is the tallest structure in the park, measuring 189 feet. It is also one of the most photographed structures in the world.

When it comes to the largest rides in Magic Kingdom, the Seven Dwarfs Mine Train is easily one of the biggest. This family-friendly roller coaster is over 2,000 feet long, making it one of the longest in the park. 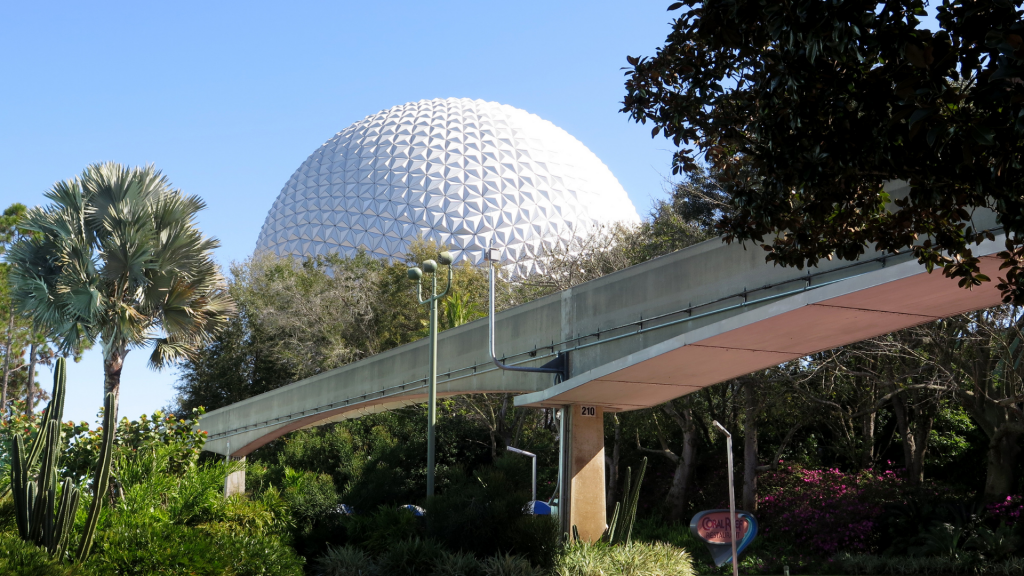 How Big is Epcot?

Epcot is much bigger than Magic Kingdom, covering an area of around 300 acres. Epcot is made up of two sections: Future World and World Showcase.

Some points of interest in Epcot include Spaceship Earth (the iconic golf ball-shaped structure that’s found in the center of the park) and The American Adventure (a pavilion dedicated to showcasing American history).

When it comes to rides, Test Track is one of the biggest at Epcot. This high-speed ride takes guests on a journey through simulated weather conditions and ends with a 65 mph launch.

Other large rides at Epcot include Soarin’ (an aerial adventure over some of the most famous landscapes in the United States) and Mission: SPACE (an intense space shuttle launch experience).

How Big is Disney’s Hollywood Studios?

Disney’s Hollywood Studios is considerably smaller than Epcot, covering an area of around 135 acres.

The park is themed around movies and television and is made up of five different areas: Hollywood Boulevard, Echo Lake, Sunset Boulevard, Streets of America, and Animation Courtyard.

Some points of interest at Hollywood Studios include The Twilight Zone Tower of Terror (a ride that drops guests 13 stories and is the tallest attraction at the park), Rock ‘n’ Roller Coaster Starring Aerosmith (a high-speed roller coaster), and Toy Story Midway Mania! (an interactive arcade game).

Some other large rides include Star Tours – The Adventures Continue (a motion simulator ride) and Slinky Dog Dash (a roller coaster based in Toy Story Land).

How Big is Disney’s Animal Kingdom?

Some other points of interest at Animal Kingdom include Expedition Everest (a high-speed roller coaster that simulates an ascent up Mount Everest), Kali River Rapids (a raft ride that takes guests down a turbulent river), and Kilimanjaro Safaris (an open-air safari ride through a wildlife preserve).

Are You Ready for Your Next Trip to Walt Disney World Resort?

As you prepare for your next vacation to Orlando Florida we hope this article was helpful and provided insight into how big Walt Disney World is.

Disney World is a massive resort complex, so you’ll want to make sure you have plenty of time to explore everything it has to offer.

The four theme parks – Magic Kingdom, Epcot, Hollywood Studios, and Animal Kingdom – as well as the numerous resorts, restaurants, and other attractions, can easily take up a few days or more.

Ultimately, if you’re looking to do some sightseeing and don’t want to miss anything, make sure to map out your route ahead of time.

Another thing to keep in mind is that the parks can be quite crowded, especially during the summer and school holidays.

So, if you’re looking for a more relaxing visit, it might be best to avoid visiting during those times.

What Are the Best Destinations for Solo Travel?

Things to See and Do in Albania

This site uses Akismet to reduce spam. Learn how your comment data is processed.

Welcome to my about page! My name is Laia Sieraden, and I am a woman with many passions. I enjoy the experience of building and developing websites, but I also enjoy interacting with people more directly. I am a social soul at my core, and so being able to get out there and share things with the world helps to scratch that itch. Especially as I am the kind of person who loves to travel, whether it be by train or plane or car, and meet new people as I go!